Version 6 has built-in Usage-Based Billing that makes it even easier to track and bill subscribers based on how much bandwidth or data they consume.
It turns out a small number of  subscribers each month change out their equipment. A new MAC address resets the data counter allowing a subscriber to consume more data than they were allocated.  Usage stats now track all subscriber’s usage regardless of how many times they swap out their equipment.
Here are several ways you can monitor a subscriber’s usage: 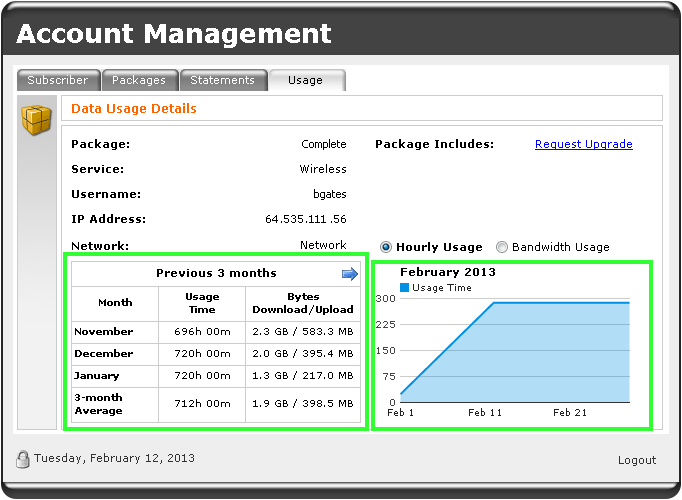