Yup, you read that right your reporting efforts have paid off! As of Monday, December 9, 2013, Ultimate Back Office Version 6 is at ZERO Reported Bugs! It’s an early Christmas gift from visp.net to our faithful UBO app users…  The little critters have been exterminated.
We’re now on the hunt for any remaining survivors. Please let us know if you see one and we’ll get the white suited spic & span sanitation team all over it! 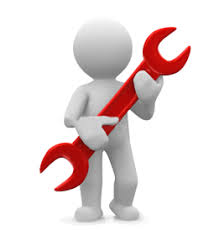 Now for the rest of the story:
This is a Major Milestone!
Behind the scenes we’ve been working feverishly toward a ZERO REPORTED BUGS Milestone Goal.  Previously, we achieved the Zero Reported Bugs milestone with Version 5 (which was called ISP-in-a-Box).
But Version 6 was ambitious, with literally hundreds of new features managed from a Java front end with PHP middle-ware that integrates tightly with dozens of redundant supporting servers to make running a wireless ISP easy. It  had so many new features serving ever larger ISPs, that some thought zero reported bugs in Version 6 might be impossible. If it was ever impossible, we’re delighted to report that we have achieved “the impossible”.
This doesn’t mean that there won’t be any new issues to be reported, but the average count of new issues reported each week has slowed to a trickle, and new issues are being resolved faster than ever before, sometimes even overnight.
And now, because of this milestone, our development attention is shifting to Version 7.  Visp.net’s Ultimate Back Office Version 7 has been re-architected from the ground up to eliminate more than 90% of the root causes of common bugs issues and significantly speed the release of new stable features. That means that critical new features and improvements can be developed faster and will work better on the first release.